The market for commercial space for lease remains strong in Los Angeles for the first half of 2018. When you break down some of the segments, there are some signs of a slow down. However, the greater Los Angeles market is one of the top commercial real estate markets in the country. This post will examine the office, retail, and industrial categories with an emphasis on the West LA region.

Office vacancies in the LA market have hovered around 10 percent in recent years. If you want to lease office space in any particular neighborhood of Los Angeles, you can find space. It’s just a matter of paying the price. The graph to the left shows the spread of annual rental rates for offices in the different areas of Los Angels for 2018.

Growing tech and entertainment companies, which typically gravitated towards the Westside, are diversifying DTLA’s usual tenants. Downtown Los Angeles most often appeals to more the traditional businesses like government entities, financial institutions, and law firms. The construction of thousands of new high-end apartment units has helped the area emerge as a great live/work neighborhood.

The Westside office market remains the highest priced overall but competition has arisen for bargain hunters. In contrast, the South Bay has become as a reasonably priced alternative to Silicon Beach with an abundance of industrial properties converted to creative office. El Segundo has shown some of the largest rental rate increase in Los Angeles market over the past few years.

Rent Growth has slowed from cyclical peaks of 8% in 2015 to the 2018 rate of 3%, but rents continue to grow the fastest in places like the South Bay and Long Beach. The  LA Times moved the newspaper’s operations from DTLA to El Segundo which shocked many but really illustrates a growing trend.

The strongest markets and communities for retail include West LA, Hollywood, Playa Vista, Venice, Santa Monica, and Culver City.  These neighborhoods have good average household incomes and an abundance of jobs, amenities, and are tourist destinations with foot traffic.

The Greater Los Angeles Industrial Market has lowest vacancy rate of any major market in the country with a vacancy rate of mere 1.3%.  Asking rents for industrial space continue to increase in all sub-markets of the Los Angeles market. The South Bay sub-market has seen expansive rent growth with a nearly 50 percent rise in the last five years. Culver City industrial rent for 2018 averages at about $2.09 per square feet per month.

E-Commerce has helped an increase the demand for warehouse and industrial spaces which consequently drives up values and rental rates. In addition, supply is being reduced in some areas because of the conversion of industrial properties to creative office. For example, Tishman Speyer’s converted the 260,000-square-foot former Xerox industrial plant in El Segundo to creative office usage. Many industrial properties in the Los Angeles Commercial Real Estate market that have made the lucrative transition.

If you would like more information about a particular community or property type, please contact Vars Real Estate for a complimentary analysis. 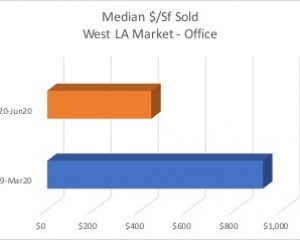 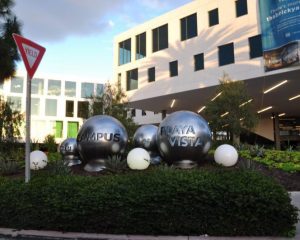 If you are having any questions, please feel free to ask.